“Leatherwing Bat . . . beautifully straddles the line between the whimsical and the poignant, never allowing easy definition of its intent . . . the willfully childlike lyrics work in odd yet resonant tandem with the focused movement, which shakes ballet’s tight forms into looser shapes with a lovely fluidity and use of idiomatic, everyday gesture.”

“With his affecting Leatherwing Bat . . . [McIntyre] evoked playground games and childhood innocence lost — and proved that one can make great art by responding honestly to such unlikely musical material as ‘Puff the Magic Dragon.”

“The faint story line of McIntyre’s “Leatherwing Bat” is universal. The cast of six may be seen as two trios perhaps representing the duality of memory, one cavorting with the giddy and carefree ease of halcyon days, the other weighted with tenser times. Though set to children’s songs by the folk trio Peter, Paul and Mary, the tone is sweetly humorous rather than syrupy.” 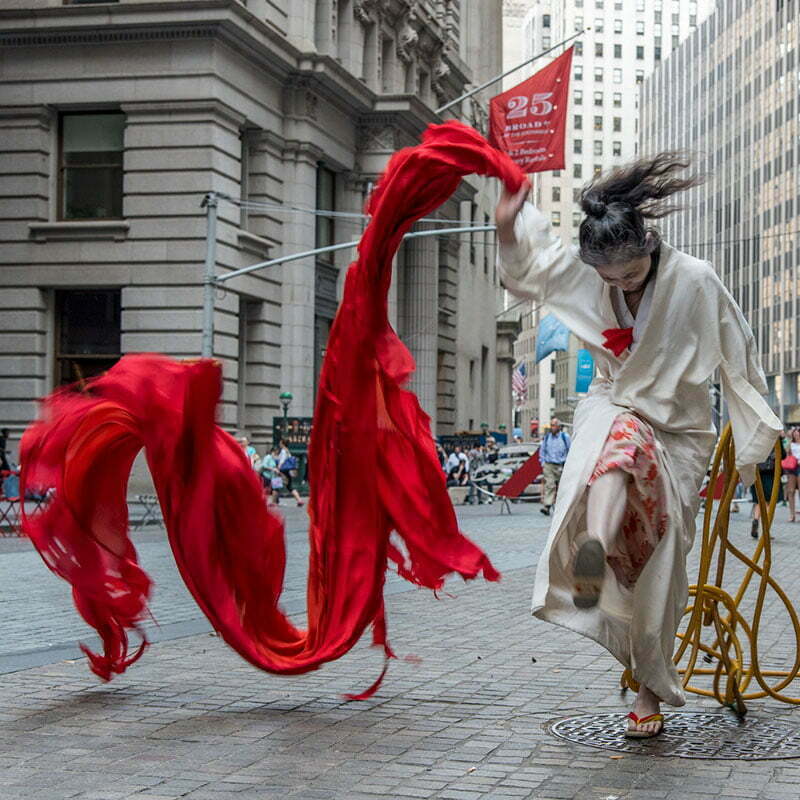 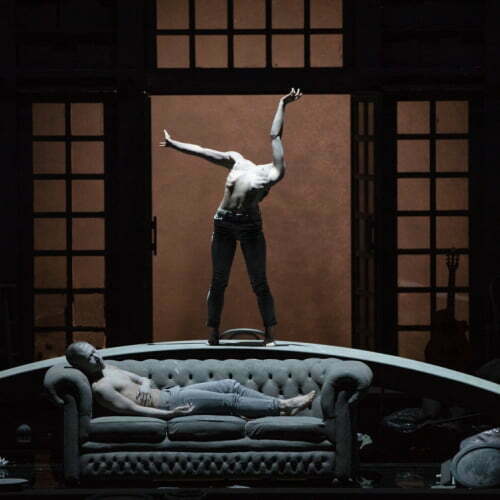