Today is day one of a new chapter. My truck is packed to the bumper and Cobra and I are ready to hit the open road. I love this feeling of ending an experience and heading into the unknown. I have the grand idea of arriving on the east coast completely free of resentment and light as a hummingbird, but of course the journey I am beginning will last for the rest of my life.

I’ve been using the packing opportunity to try and thin out my load. In case I was short on metaphors for how much unneeded baggage I carry, there is literally a box of CDs that I have carried for more than ten years. I don’t even have a thing that plays CDs anymore.

We are going to try to make it to Flagstaff by tonight and see what there is to see. The first couple of days are long drives, so probably not a lot of site seeing. But the drive through the West of America is so special. I plan to soak it up with my eyeballs along the way.

Northern Arizona is stunningly beautiful. Theme park variations of perfect mountains folding from the horizon like cake batter. The sudden ascent from the endless summer of Los Angeles into snow is magical.

I listened to podcasts all day and hoped to find something that might teach me about forgiveness. I blindly hit buttons on my phone because I didn’t want to look down while driving and somehow the perfect interview was the one I chose. Scott Stabile was talking about his path to forgiveness and an open heart after losing both of his parents to murder when he was 14.

There were a lot of specific answers I had been looking for that were being addressed directly, so I stopped to dictate my paraphrase.

It had been dawning on me more and more what a big process I was undertaking and I started to feel like the more I opened up, the longer I would be on this journey.

And I was feeling stuck in certain wounds and wondered if there were things in me that would go away and would stay unforgivable, an the answer came as:

To think that something is unforgivable, is to say that the darkness that lives within the action of another person is greater than the light and love that lives within my heart. The light that lives in our hearts, will always trump darkness.

And it became clearer to me that to not forgive is a choice to stay in darkness.

The entire city of Amarillo smells like horseshit. I kept looking down to see if I stepped in something. As Cobra and I drove the long flat highway out of the city, we were surrounded by cotton fields now dotted with wind turbines. They look like dandelions in the process of being blown apart.

One of the great joys of a road trip is being able to sing full throated in the close proximity of other people, but they still can’t hear you. My voice was tired by the time I arrived in Oklahoma City, as I had exhausted the contents of my phone playlist.

Cobra is finally starting to adjust to the new lifestyle of sleeping in a new place each night. I forget that although he is adaptable, his acceptance of new conditions requires a short transition period of terror. Today he spent the entire day of the drive sleeping on the armrest as close to me as he possibly could and sometimes would reach out and touch my arm.

Yesterday was a long travel day marked with the uneasiness of failure. I was on the road for about 10 straight hours and felt agitated the entire time. I wasn’t accomplishing my goal and felt the days of opportunity floating away. I had imagined myself throwing pieces of paper out the window with the names of people I have completely forgiven, bathing in the peace of spiritual mastery. I would be standing on the roof with Cobra at the wheel, my hair grown long and flowing in the wind like Jesus. But I felt more bound within my body than ever. The conclusion I finally came to is that there is a needed shift that revolves around self-forgiveness before I can meaningfully practice with others. This is as surprising a conclusion as finding out how much resentment I travel with…to learn how much of it is turned inward. I had to give a new name to the feeling and recognize it as something that has lived with me, but has become so familiar that it was hard to pay attention to.

I’m doing a photoshoot with Zachary Howell tomorrow and am excited to see what shifts happen while endeavoring a creative project. Zach is a great collaborator of mine (this will be our 4th shoot). Doing photoshoots are a little bit like dreaming in that surprising understandings appear in the process of the exploration into the unknown.

A lot of the conversation concludes in the form of advice, but I can’t say that there have been helpful clues with that in my own journey. The benefit has been in seeing how vastly different we experience our relationship to our pasts. It’s a puzzle that we each must both invent and untangle ourselves. To quote Madame de Rosemonde from Dangerous Liaisons in conflicts of the heart, “lf I remember rightly in such matters…all advice is useless.” This is most certainly a matter of the heart for me. My past disappointments have come from the moment that love was interrupted. Not romantic love, but the hope of connection with another person, one that was thwarted by our clashing purposes and understandings of life. The realization we have created a chasm between ourselves is heartbreaking.

Today brought the most opening revelation in my own puzzle so far. I was meditating on the subject and it occurred to me to search and see if I feel resentment towards someone who has died. There haven’t been a lot of people close to me who have passed away, but there are certainly people who I have been bonded in some level of pain with. And there is nothing to forgive. There literally is nothing. I don’t mean that I simply don’t feel it, I mean it does not exist. The person whom I might have had that lingering entanglement with, no longer exists, therefore I can fully feel in that memory of the past its lack of anything that is in this moment. There is no effort. There is no puzzle to undo even though my relationship in the current moment to these people is identical to the relationship to resentments for the living.

So then I began to imagine that the people who I feel these feelings toward today, were dead. Not in the vindictive “I wish they were dead” kind of way that would be the opposite of my purpose. Not to build a revenge fantasy that imagines that I will survive death and win. But to recognize that each and every one of us spends the vast majority of history not living, that our moments on this Earth are a tiny, insignificant blip in the scope of all consciousness. That the entanglements of my hurts and dramas are meaningless inventions of my invented ego. And that all of this halted, frozen memory takes me away from the only thing I know that matters, which is this given moment.

During the last day of driving into Philadelphia after laying tracks across the entirety of the US, I found myself stretching it out and taking my time. It’s much the same way I feel in making a ballet. The first week is so anxious because there is a big unknown thing stretched out in front of me and I have all of the adrenaline to blaze through and just prove to myself that I can do it. And then the piece is finished so quickly and I realize I want to savor the last moments and take my time

I’m shocked at the sense of relief and understanding that came from the Forgiveness Tour. It began with a clear idea of what that would eventually look like, a sense that I would arrive at an individual understanding, acceptance, then unconditional love for each person. I quickly came to realize that that process was out of my reach, at least in the course of a single car trip. Part of the ride was marked by a real hopelessness that I would ever unbind myself from this particular pain. The surprising outcome was that I could unbuckle from the entirety of my absorption at once. It came to me as that I could see clearly both how these entanglements only have the meaning I describe them as, but also that they literally do not exist beyond my own imagining.

This is something that I have understood intellectually quite clearly before. Presence in the moment is a major component of Buddhism for example. But what I had never really done before was feel it. Thought, in this instance, without feeling, is like a refrigerator magnet. It is a comforting yet fleeting notion. It is not change. The difference for me is that instead of thinking it’s a good concept to try and focus on, my understanding of it as truth is full. My body feels it. The relationship with these pains of my past are now not necessary to me. It feels like my blood type is changing and that blood coursing through my heart makes it give and receive love with less obstruction. 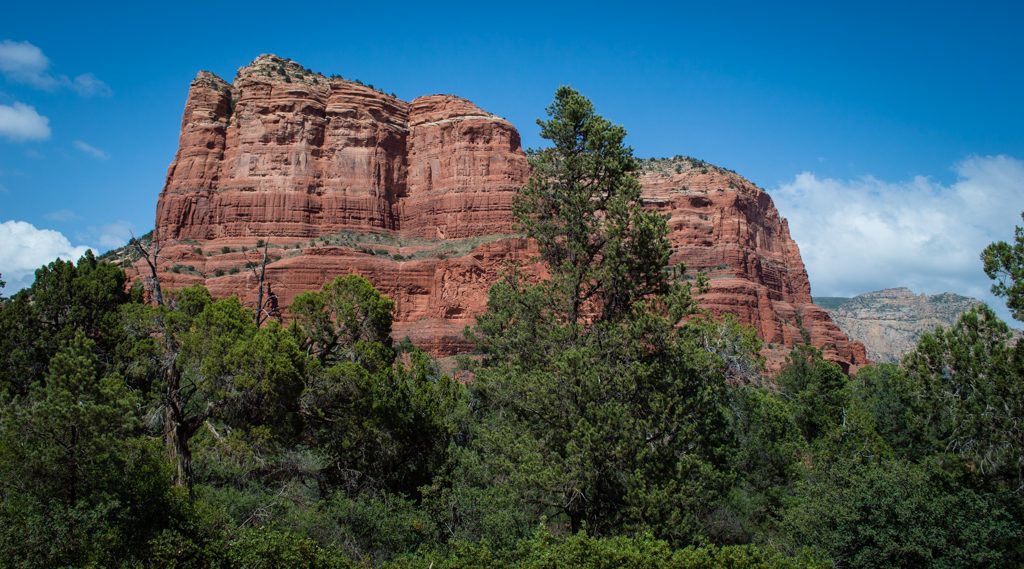 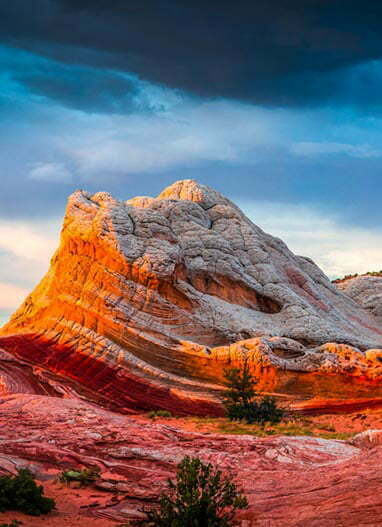 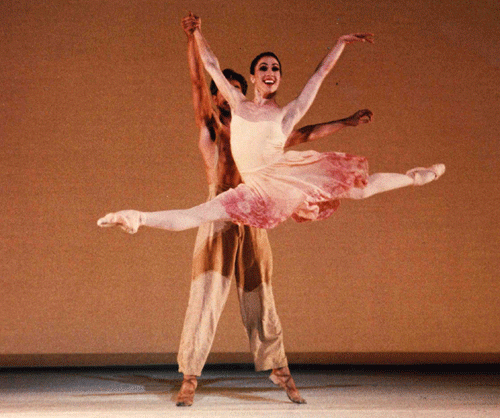 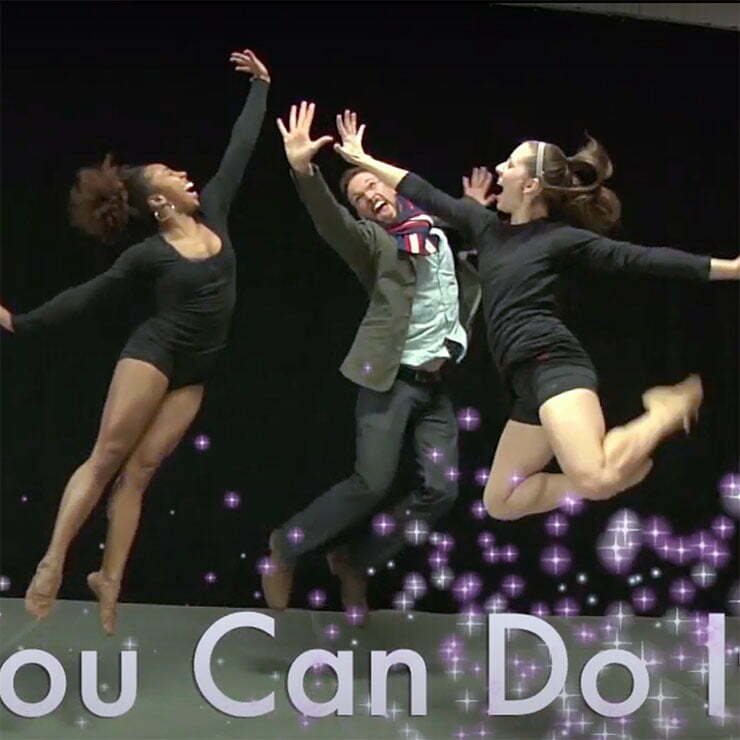 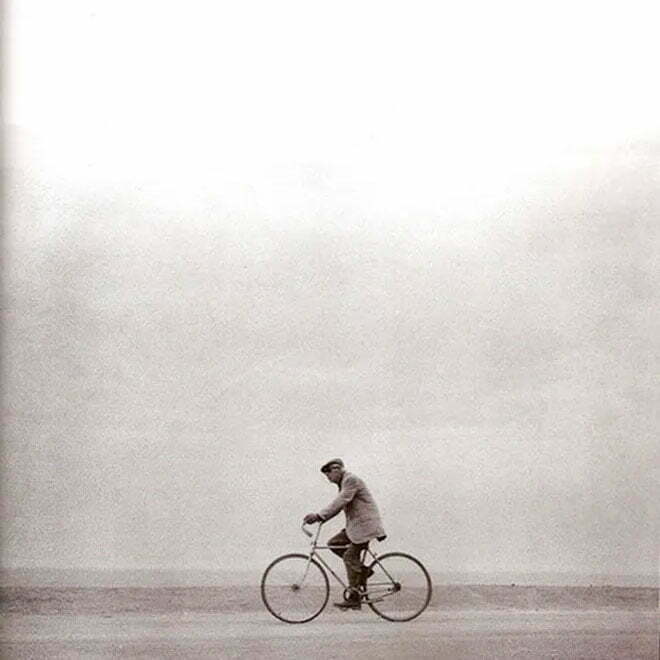